Recently I was in Poland at the animation workshop run by Jerzy Kucia and this became the opportunity for me to invest some time concentrated on the practical project for my dissertation. It was an extraordinary experience, so many things happened during a short period of time and I am documenting them in a series of posts because my memory will play tricks later on and I don’t want to forget the details.

Only a few days before my trip I was struggling to find concrete ideas to develop during my time in the workshop, I knew exactly the context of my work but was missing something important and did not know what.

It was during a casual, but inspiring, conversation with a friend (Kathrin) here in Singapore about drawing that all of the sudden things started to become clearer in my mind. We ended up talking about John Berger and his essays collected on the book “About Drawing” and immediately I went back to read the two pieces that I kept thinking about: “Drawn To That Moment” and “To Take Paper, To Draw: A world through lines”

The anecdote with which Berger starts “Drawn to That Moment” triggered it all:

There is a story about Kokoschka teaching a life class. The students were uninspired. So he spoke to the model and instructed him to pretend to collapse. When he had fallen over, Kokoschka rushed over to him, listened to his heart and announced to the shocked students that he was dead. A little afterwards the model got to his feet and resumed the pose. ‘Now draw him,’ said Kokoschka, ‘as though you were aware that he was alive and not dead.’

I was not imagining the model collapsing into the floor, all I could think about was my father dying, a disturbing image of him getting shot and collapsing to the floor is something that I always try to avoid, I get too emotional: rage, sadness, despair… my heart rises up even writing about it in such a direct way. But the image of him falling into the ground would not stop playing in my mind and in total desperation I decided to stop shutting it away and face it, I have just found the thing I was missing for my project and in this moment of realization certain peace filled me. No way back from this, time to exorcise it once and for all, not to forget about it, but in order to stop it from hurting me.

The second essay gave me the rest of the courage I needed to do this. Berger says about drawings made from memory:

The most important drawings in this category, however, are made (as was probably the case in the Picasso sketchbook) in order to exorcise a memory which is haunting – in order to take an image out of the mind, once and for all, and put it on paper. The unbearable image may be sweet, sad, frightening, attractive, cruel. Each has its own way of being unbearable.

I then packed and took the plane off to Krakow. The workshop started the following day of my arrival and I did not have images to explain my work to everyone there. As soon as I arrived to Lanckorona I began drawing.

This beautiful and peaceful village just outside of Krakow was the perfect place to concentrate. 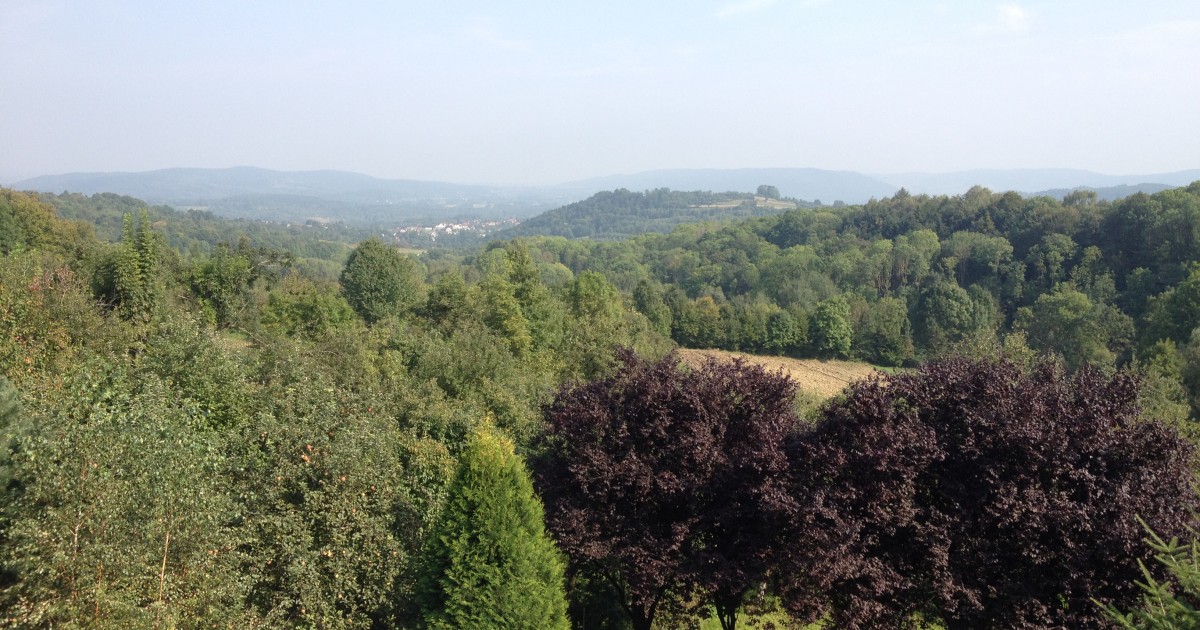 After a short time relaxing contemplating the wonderful view from my hotel room I took my sketchbook and did the following drawings. 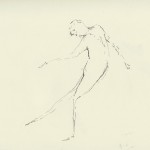 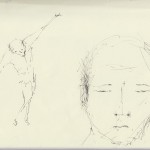 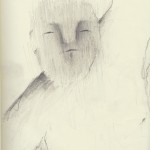 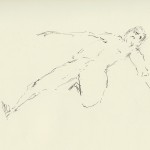 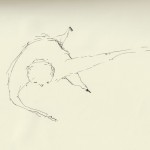 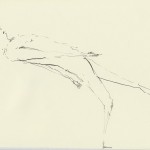 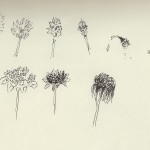 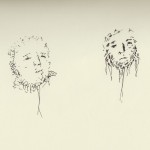 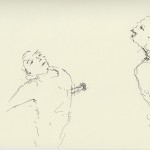 The last image of the flowers was something I drew from nature just outside of the hotel, a few of them were in full blossom and some others in different stages of decay. All I could think of now was animating a man falling and started seeing these scene everywhere.

The next day I did a few more drawings and felt ready to explain my project to Jerzy and go from there for the rest of the two weeks. These are a few of them: 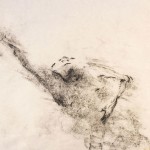 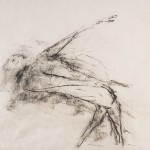 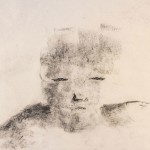 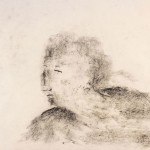 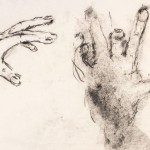 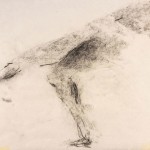 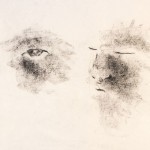 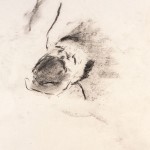 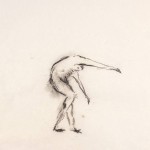 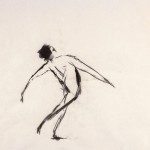 Very moving. Something we have certainly talked about: moving from the analytical to the personal. How to find within the data a means to catalyze these personal realizations and reflections. It's great that you found just the right references to trigger your artistic needs, but probably more than anything else, you were ready for it. How inspiring! Isn't it great being an artist and having the means to translate these ideas. And by the way, the drawings are very powerful. I see the sadness and "falling" in them.
Reply
I appreciate you've been pushing me to go in this direction Randall. Particularly your emphasis on not avoiding the uncomfortable, difficult aspects of my project. I understood this and perhaps because of that I was still looking for the missing "image" for my project. Even writing about this on the blog would not have happened if it was not for our lively conversations (with Tiger beer at the OSS headquarters). It has a different feeling now, it is more personal, helps with different aspects of my work and it even helps me "see" better my drawings and work in progress because it gets organized.
Reply